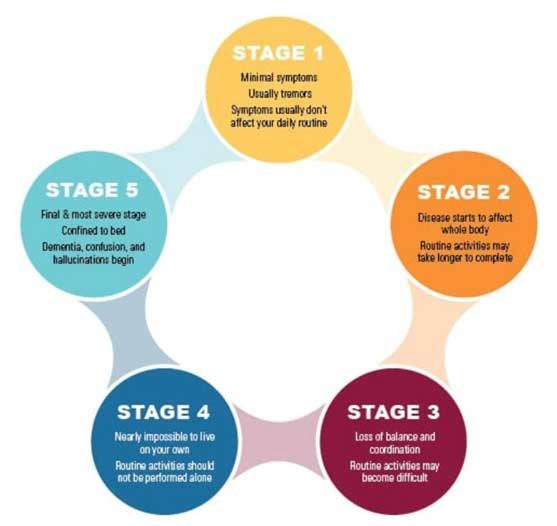 What Is Parkinson’s Disease?

Parkinson’s disease (PD) occurs when brain cells that make dopamine, a chemical that coordinates movement, stop working or die. Because PD can cause tremor, slowness, stiffness, and walking and balance problems, it is called a “movement disorder.” But constipation, depression, memory problems and other non-movement symptoms also can be part of Parkinson’s. PD is a lifelong and progressive disease, which means that symptoms slowly worsen over time.

Stage 5 – Most advanced inability to rise from chair or bed

DBS is the most commonly performed surgical treatment for PD. A surgeon places thin metal wires in the brain; these wires send electrical pulses to the brain to help control some motor symptoms.

What DBS helps and does not help with:

Who are best suited for DBS surgery:

DBS is not recommended for all PD patients. Typical candidates considered for DBS are:

Managing your lifestyle despite PD: